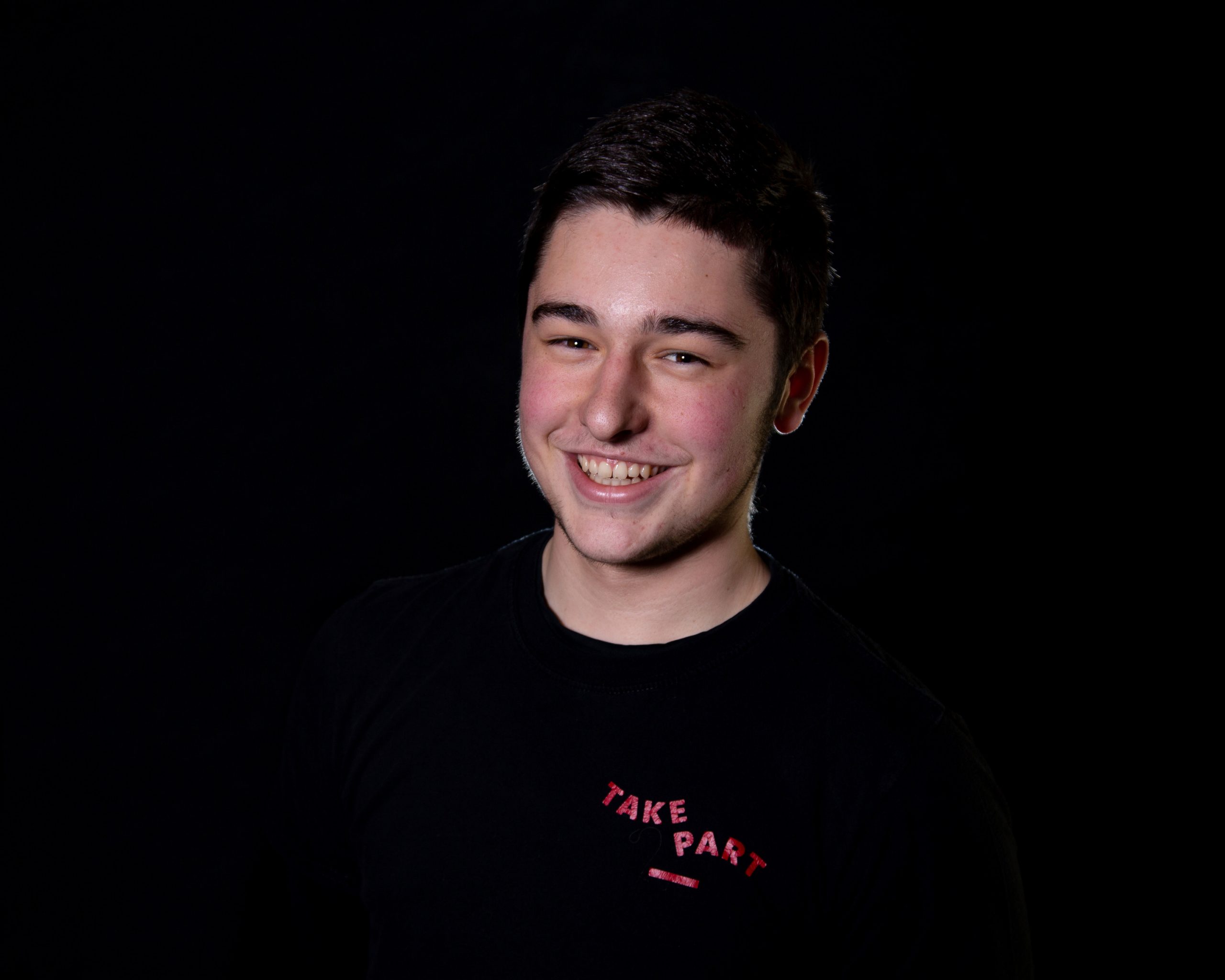 I’m Olly and I’ve been with Take Part for the past 3 years! My passion for performing came when I took part in a school production of Grease, which was produced by Take Part. I fell in love with it! The singing and dancing made me feel a way I’d never felt. A few months later I joined Take Part, and I’ve never looked back.

I joined the The Triple Threat program and made so many friends and had a lot of fun doing shows such Back to the 80s, Little Voice, and a personal favourite, Beauty and the Beast playing Lumiere. I later took up a private acting lesson which brought on my acting technique so much, to a point where I would say it is now my strongest discipline.

However, I still train in the other two disciplines of dancing and singing at college in which I am studying BTEC Musical Theatre at the Shena Simon Campus in Manchester. I will also be auditioning this year for Drama Schools. Although I love the stage, recently I have been dipping my toe into some TV/ Film work, which has been amazing, to work with some of the finest professionals at their craft. To see all that goes into making a big budget show, it made me realise how great this career is and how rewarding it is.

One of my fondest memories of Take Part has to be the Back to the 80’s Mega Mix! I’ve never seen so many people want to do a mega mix so many times and I just loved doing it with a great group of people!