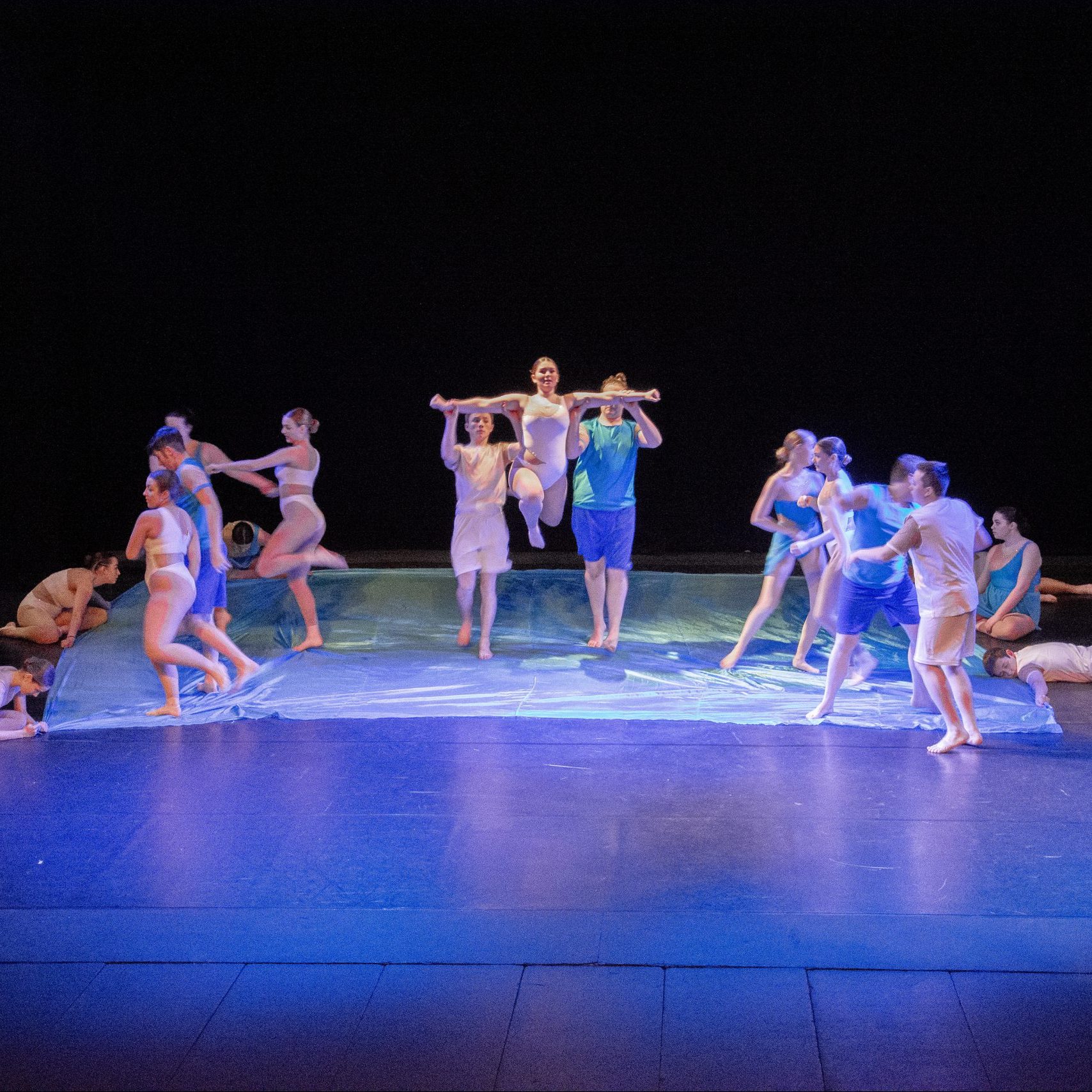 On Monday 16 March 2020, a group of our older pupils performed a contemporary lyrical number inspired by the 2004 Tsunami & motion picture film ‘The Impossible’.  The performance was at the Making Space dance event at Buxton Opera House, beautifully choreographed and costumed by our very own Head of Dance, Carrie-Anne Ryan.  This was the night the Prime Minister instructed theatres to close to help slow down the spread of Coronavirus.  This was the night the West End went dark, the night performers all over the country sang their last song, danced their last dance and bowed their last bow in front of a live audience for a very, very long time.

It was a surreal performance, one I’ll never forget as long as I live. The Take Part pupils gave all the performance they had in their bodies, and the audience encouraged every cast member from their seats in the auditorium.  Everyone feared what was coming.  I’m welling up as I type.  I remember driving home from the event, tears rolling down my face, constantly checking the radio for news updates.  I knew we had to keep everyone safe, it was out of my hands but there were Aladdin’s, Jasmine’s, Genie’s, Tracy, Edna & Wilbur Turnblad’s, Link Larkin’s and Motormouth Maybelle’s, Corney Collins’, Nicest Kids’, Dynomites’ and many more all counting down the sleeps until it was show day.  Not to mention the work that had gone into a spectacular Triple Threat Showcase, an amazing school production of We Will Rock You and the unseen performances for the Easter Bash from our very own cast of Six and &Juliet.  Take Part had 11 performances scheduled over the next 14 days and non of them would be seen.  Hours and hours of work that would never be shown, costumes that would never be worn, pupils that would never take their last bows with the dear friends they had made along the way.  The creative community we call Take Part was wiped out with that one announcement, just like a huge wave dragging everything away with it. Everything gone.

Ironically, it was ‘The Impossible’ performance at Buxton Opera House that threw me into working out how to keep us going and keep the dreams of so many young people alive.  Driving the team forward to teach live Performing Arts lessons through a screen into the homes of our families.  So there was no question about it, the stage school had to go online, and the rest as they say is history.  We are now working hard in the background to bounce back better face to face after Easter. Exams are being booked, performances are being planned, it’s all very exciting.

Below are links to our Pre and Post 16 Programmes which are classes for young people who are interested in onward training and direct industry experience in performing arts.